It was in lunch breaks and casual discussions, at The California College of Ayurveda, that initial discussions took place about the importance of creating an organization to safeguard the students as they turned into Ayurveda Practitioners after graduation. Although there were several lone Practitioners in various parts of the country that were paving the way for Ayurveda to come into the U.S., CCA was the first State approved College of Ayurveda actually training people in the U.S. to become Ayurveda Professionals. Every six months there would be groups of people expected to graduate and start a Practice. 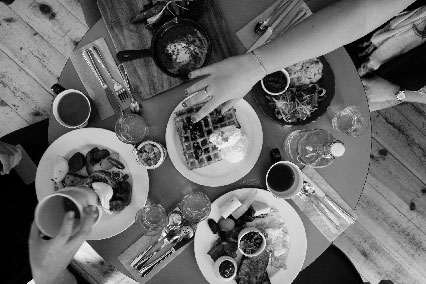 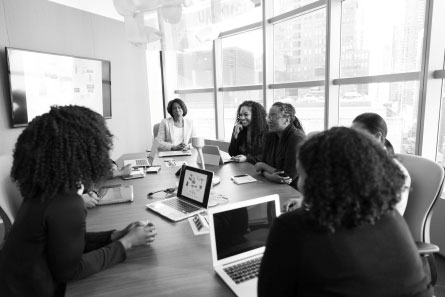 Practitioners would need protection. They would need continuing education, insurance and above all the right to practice ayurveda as a viable profession in its integrity. Consumers also would need to be protected from malpractice. They would need to know who had a Scope of Practice that was credible and a range of ethics they were governed by. Education needed to be extended to not just Practitioners but to our communities at large. An Ayurvedic Terminology needed to be created as well. Thus was created CAAM’s Mission and Goals.

CAAM was the first Professional Membership Organization of Ayurveda in the country. We soon got educated in Non-Profit Organizations, 501c3, 501c6. Some of the group members came and left as we explored our Vision mostly due to time commitments. We worked 3 years defining ourselves and in 2001 opened our Membership formerly when we held the First National Ayurveda Conference at UC Berkeley, CA., for Ayurveda Practitioners, Educators and Students. Five of the original Board Members remained: Ursula Greger, Mary Thompson, Andy Landerman DDS, Darla Mabery and myself. We brought in new Board Members by the time we held our Inaugural Conference. This included: Prashanti de Jaeger, Brooksley Williams, Kim Wilks, Kumar Batra. By then another Organization had also formed, on a national level: NAMA. We invited their President Kumar Batra who lived in California, to also join CAAM. He came on as Treasurer.

The Inaugural Conference in 2001 was the first time that Practitioners, Educators, Students and  Suppliers met under one roof and an Ayurveda Community was born. With an opportunity to brainstorm, Educational Institutions started up, Special clinics got partnered. Vendors now had easy access to Practitioners, Practitioners met new Teachers and found Courses they could take in the line of the Ayurveda Specialty they wanted to pursue. CAAM hosted the first  NAMA in-person meeting at the conference and volunteers were recruited by NAMA to work on a national level as well. The Ayurveda Profession was on its way to becoming a movement. 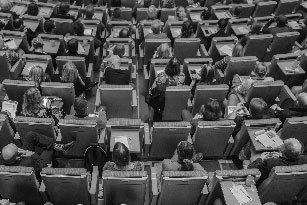 CAAM presented at the Town Hall meeting in San Francisco led by The White House Commission and Ayurveda was listed in their report as a Legal Health Profession.

AS OF 2018 WITH OUR NEW/CURRENT BOARD

Since 2018 we have made some groundbreaking advances. Today our Members can have access to one of the best Malpractice Insurance policy that is reasonable and covers inclusion of other disciplines like Acupuncture, Naturopathy or Massage Therapy for a very nominal additional cost. This allows crossover and integrative health practices. It lessens the burden on the Practitioners who get overwhelmed with covering multiple licenses with multiple policies. CAAM offers a Scope of Practice, a Code of Ethics, Continuing Education opportunities and Guidelines for what are the latest Regulatory Requirements in the State of California. CAAM is also working with NAMA to uphold the goals common to both our  organizations by having some common standards of practice, education and ethics. Our goal is to have a supportive Ayurveda Community in California and support other Organizations in other States as well as on a national level dedicated to the establishment of the Ayurvedic Profession in the U.S.

In 2002, CAAM joined hands with the Homeopaths for the Health Freedom Movement. We were joined by the Naturopaths and Massage Practitioners, both of who were not licensed at that time. All of our respective groups presented at the State Legislature and Senate Bill 577 was passed in California. This was a great marker. For the first time alternative and holistic health practitioners could practice their discipline in California – legally. Provisions were as long as Practitioners:  1. Disclosed their education and the philosophy of their Discipline to their patients and 2. Did not treat disease. (short interpretation). Doors had opened wider for Holistic disciplines to start growing and answer the call for alternative health and well being practices. 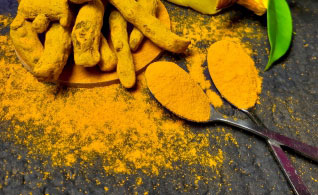 AYURVEDA IN THE U.S.

Since 2003, CAAM has seen Ayurveda grow. Educational Institutions have sprouted in California. Hundreds of graduates are out there, Ayurvedic Pharmaceutical companies with traditional formulae have wide distribution, books are being written and Ayurvedic detox (Panchakarma ) spas are widespread. Community is now seeking out Ayurveda and being testimonials to the results of this great Practice. Researchers all over the U.S. are verifying ayurvedic claims and many of its traditional methods are being infused into the mainstream practice of Healthcare. Integrative clinics are opening up and a demand for the Ayurvedic Professional is increasing many fold.

We have had six Presidents take the helm. Mamta Landerman C.A.S. (Founding President) Dr. John Holmstrom, Dr. Jay Apte, Dr. Mark Vinick, Felicia Tomasco, Acharya Shunya Mathur. In 2018 Mamta Landerman was requested to return to CAAM and has picked up its mantle again as President. A new set of Board Members have also stepped forward. CAAM has turned a corner and is moving into its next phase of growth and the fulfillment of its mission.

Past Presidents of CAAM 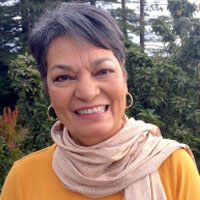 Mamta Landerman C.A.S. is the Founding President of CAAM. Her keen interest in people, and a holistic approach to lifestyle has guided her into a deep and passionate study of her ancient heritage from India: Ayurveda, Panchakarma and Jyotisha. She produced three Ayurveda International Symposia at U.C. Berkeley for CAAM, bringing together—some for the first time—the various lineages of Ayurveda in the U.S. to sow seeds for the future vision of the Ayurvedic profession in this country. She travels throughout the country teaching both Ayurveda and Jyotish. She also runs her organic blueberry farm in Sebastopol. In 2018 she was invited and has returned to CAAM to serve as its President once more. 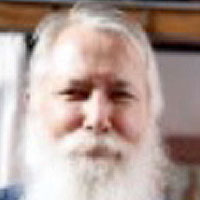 John Holmstrom, CPAM LAc. AP. is a certified Professional Member and former President of CAAM. A licensed acupuncturist he has taught Ayurveda theory, Ayurveda Marma Points and herbs. He was a Professor at The American University of Complementary Medicine (AUCM) in So. California. He has lived in India and continues to visit focusing on research and teaching Ayurveda Herbs. He has studied Chinese Medicine, Ayurveda, Greek and Arabic Medicine. John founded the Nonprofit Shivalchemy University Of Classical Ayurvedic Medicine at the Golden Bridge Yoga Studios and Amrit Davaa Wellness Clinic. In March 2009 the Shivalchemy University of Barefoot Ayurveda began offering three 1800-hour degrees in advanced ayurvedic training. 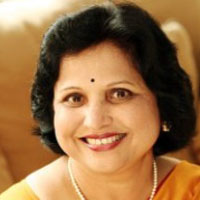 Dr. Jay Apte BAMS was trained in India. She has an integrated degree in Allopathic and Ayurvedic Medicine from Pune University. In addition, she has Master’s degree in biomedical sciences (Pharmacology) from University of North Texas. An entrepreneur, she founded Ayurvedic Academies, Wellness Centers and the first Company to manufacture Ayurvedic Herbal supplements in the U.S. and AyurFoods – world’s first manufacturer of delicious and tasty, holistic and healthy Ayurvedic foods. A gifted teacher and Practitioner of over 40 years experience, she has given seminars and lectures in various forums around the U.S. Currently she resides and practices in Dallas, Texas. 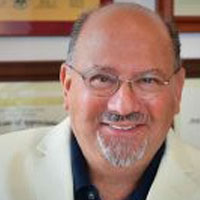 Dr Mark L. Vinick, DC, CAS is Board Certified in three multi-disciplinary specialties Pain Management, Ayurvedic Medicine, and Anti-Aging Medicine. He is a graduate of The California College of Ayurveda and was a long-time student of Vaidya Rama Kant Mishra and is a Certified Practitioner in the ancient tradition of SVA Ayurveda. He is also a Certified Ayurvedic Practitioner with CAAM, NAMA, and AAPNA (Ayurvedic Doctor). Currently he runs his clinic in Redondo Beach, California.

Felicia Tomasko served as president of the CAAM Board from 2007 to 2012. 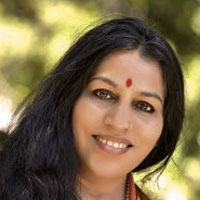 Acharya Shunya served as the president of the CAAM Board of Directors from  2013 to 2017. She is the author of bestselling book Ayurveda Lifestyle Wisdom (SoundsTrue, 2017), nominated amongst top 10 books in alternative medicine by Health Line, and translated into 7 languages. Shunya teaches Ayurveda, Yoga and Vedanta courses online and leads satsangs and retreats.

Mamta Landerman C.A.S. AP has returned to serve as President of CAAM since 2018.

● The California Association of Ayurvedic Medicine, while embodying and modeling the principles of Ayurveda, exists to serve humankind through

● Supporting the establishment and growth of ayurveda as an independent profession

● Safeguarding the right to practice Ayurveda

● Ensuring the quality of ayurvedic practice

● Ensuring the integrity of Ayurveda as a system of healing, honoring the connection between body, mind and spirit.

● Providing a unified voice for the advancement of the Ayurvedic profession.

● Support the development and recognition of a Doctor of Ayurveda degree

● Set standards for Practice for the profession